The Lumineers have gone way up in the ranks in billboard albums and singles there most frequent song that gets put way up there is Ho Hey. The first time they got put pretty high in the ranks was in 2012 with the song Big Parade in rock songs 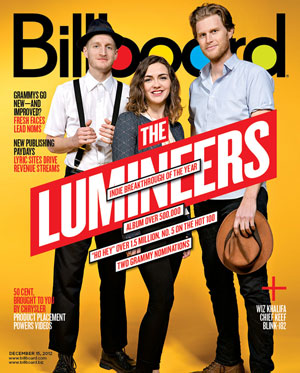 The band got very famouse on youtube also. There youtube videos got around over a million views last I checked so you know there a good band. They also got nominated for a lot of awards but they never won any sadly even though they deserved it! some of there nominations were Grammy awards, Teen Choice Awards, American Music Awards and many more.